The last couple of weeks has been filled with spinning things! Every year The Climbing Works hosts the Beastmaker Indoor Footless Festival (or BIFF as its become known). Every year I try and dream up a challenge for the final - its an opportunity for me to dream up some stupid machine, and then try to build it. Past BIFF finals have included swinging trapezes, rotating beams, an adjustable horizontal crack machine - it's basically a chance for me to dream up some bizarre torture device to test some of the worlds strongest climbers. This year I decided to see if we could push things a bit further.

A friend had shown me a video clip he'd found on the internet of a rotating barrel-shaped climbing wall - I thought it looked like just the sort of thing we could adapt and super-size for the BIFF....so off I went to chat to a mate of mine who knows about steel fabrication, and six weeks later the 'Infinity Board' was born!

What has this taught me? Well, I now remember that numbers and measurements on a drawing can often seem correct, but its worth taking the time to try and visualise the actual size of things. When I decided to make the barrel have a 2 metre diameter, it seemed a reasonable size. When I came to make it, and realised it needed 12 8x4 sheets of plywood and the wood alone weighed nearly a quarter of a ton, it became apparent that the project had become a monster!

The last three days of the build were frantic, as we realised that the brake system that had been designed was woefully inadequate, and once the barrel got going, slowing it down again was quite some task. More steel was found, along with a set of car brake pads and a quarter of a ton of gravel, and we eventually cracked it with 8 hours to go before the event. The relief when we finally got the thing to work was considerable!

Anyway, the upshot is that we have invented the 'Infinity Board' - a thing which at some point we hope to perfect and market so hopefully it was worth the effort. See the photos and video below for more details.

Skip to around the 48 minute mark to watch what the Infinity Board does to two of the worlds best climbers!

Whilst all this sort of spinning around has been going on, I have also been spinning bits of wood on the lathe too. I have been doing some experiments casting pewter after being inspired by Richard Findley's video of a beautiful walnut bowl with a pewter rim he put on instagram. I took the plunge yesterday and cast a decent pewter ring, which I felt confident enough in to fit to the rim of a Thuya burr I had been making a bowl from. I am very pleased with the result. 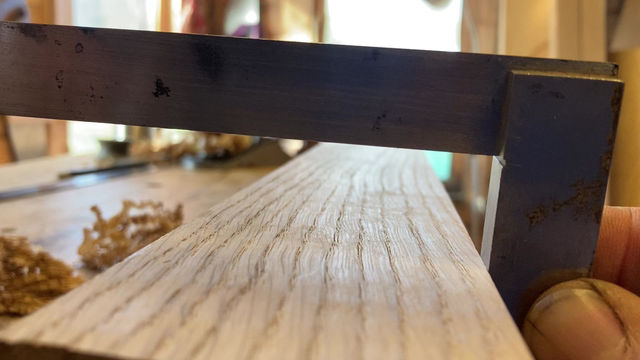